African Safari Lodge is set on an active game farm, which forms part of the Assegaai Conservancy, an association of landowners, most of whom are members of WRSA or Wild Life Ranching South Africa, which promotes the conservation of our wildlife and encourages the ethical management of wildlife. We have permanently employed game guards, who patrol for snares, remove snares and engage in various anti-poaching iniatives. The Assegaai Conservancy conservation ethic is one of sustainable utilization, and the protection of species that have been on the brink of extinction, such as the disease free Cape Buffalo, and the Bontebok Antelope, which abound at African Safari Lodge. Sustainable utilization was the conservation ethic of the famed Dr. Ian Player, who founded the Wilderness Foundation, and who was responsible for the saving of the Southern White Rhino from Extinction. 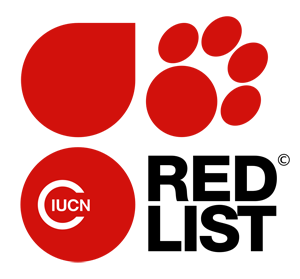 Sadly in the absence of prime predators which maintained the balance of mother nature, between plant and animal life, man now has to intervene and manage animal numbers. This is because man has ended the ability of animals to self regulate their numbers through predation and migration, by removing prime predators, and by confining animals to small isolated areas of habitat, and if animal numbers were not managed, the animals would simply continue breeding and increasing in number until they overgrazed and destroyed their habitat and themselves

An Endangered (EN) species is a species which has been categorized by the International Union for Conservation of Nature (IUCN) Red List as likely to become extinct. “Endangered” is the second most severe conservation status for wild populations in the IUCN’s schema after Critically Endangered (CR). 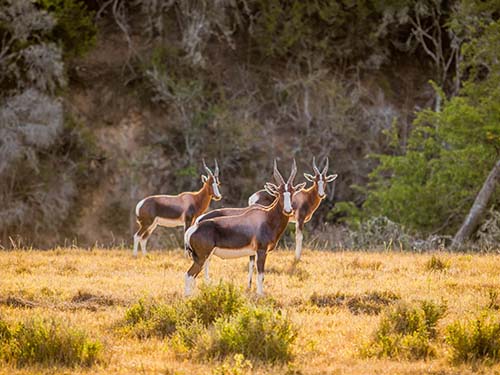 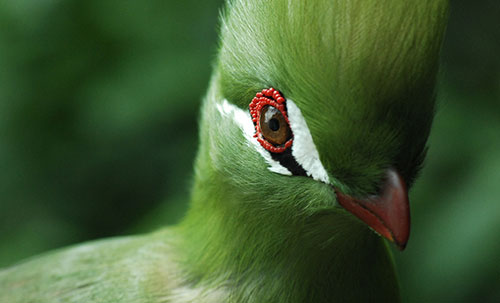 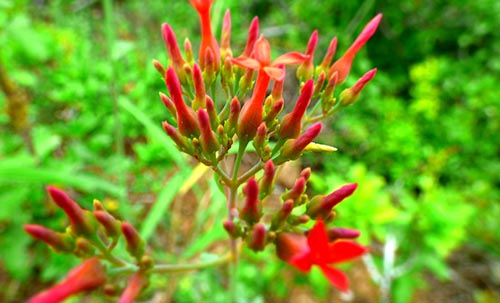 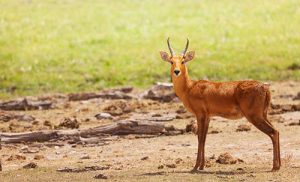 The back and upper chest is yellow to orange-brown. The chin, throat, chest, belly, and rump are white. The tail is short and bushy, the upper side black or dark brown, and the under surface white. The white, crescent-shaped band of fur above the eye helps to distinguish this species from other similar-looking antelope. Below each ear is a large, round, black, glandular patch, the nostrils are prominently red, and on the sides of the face are vertical creases that house the preorbital glands. These glands produce an odorous secretion used to mark the oribi’s territory. Only males grow horns, which are slender and upright, ridged to about halfway up, the ends being smooth and pointed, with some of length 19 cm (7.5 in) being recorded.

Oribi populations in many areas are threatened by human activities, such as:

Oribi occur in several protected areas and are the subject of a WWF Species Project. This project aims to track captive-bred oribi after their release into appropriate habitat to research their home ranges and habitat preferences. The long-term aim of the project is to establish viable wild populations from captive-bred stock. 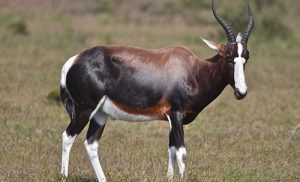 The bontebok is a tall, medium-sized antelope. They typically stand 80 to 100 cm (31 to 39 in) high at the shoulder and measure 120 to 210 cm (47 to 83 in) along the head and body. The tail can range from 30 to 60 cm (12 to 24 in). Body mass can vary from 50 to 155 kg (110 to 342 lb). Males are slightly larger and noticeably heavier than females. The bontebok is a chocolate brown colour, with a white underside and a white stripe from the forehead to the tip of the nose, although there is a brown stripe across the white near the eyes in most blesbok. The bontebok also has a distinctive white patch around its tail (hence the Latin name), while this patch is light brown/tan in blesbok. The horns of bontebok are lyre-shaped and clearly ringed. They are found in both sexes and can reach a length of half a metre.

Bontebok were once extensively killed as pests, and were reduced to a wild population of just 17 animals, but the species has since recovered. Blesbok are extinct in their natural habitat, but they have increased in population to the point where they are now very abundant and avidly farmed, because they are popular quarry for hunters and are easy to sustain.

“PortulacariaAfra” or Elephant Food Occurs widespread in the Eastern Cape as well as in the eastern regions of the Western Cape. It is indigenous and flourishes in drier regions, but is very adaptable in areas with more rain. Propagation is easy when cuttings are used. The Spekboom is evergreen and reaches a height of about 2.5m. The stem, which can reach a diameter of 20cm, has a corklike appearance.

The bright green fleshy leaves have an egg like shape. As the tree ages the colour turn yellowish. The English name, Elephant Food, originates from the habit of elephants to eat the top shoots of the “trees”, causing the plants to grow and spread horizontally.

Spekboom has an exceptional ability to take big quantities of carbon dioxide out of the air and convert it oxygen. Ongoing research shows that 1ha of Spekboom can covert carbon dioxide to an average of 4.2t of oxygen per year. This makes South Africa very popular on the international carbon dioxide sequestration commercial market

Ficus sansibarica (Wild Fig) A large tree with a spreading crown, up to 20 x 30 m. It may grow as an ordinary, stand-alone tree or a strangler; if it does that, it usually starts life in the branches of a host plant, sending down aerial roots that encircle the tree and finally kill it so that it stands alone.

The knobbly fig is generally evergreen but may be partially deciduous during drought. It is usually without aerial roots, and contains milky latex. The bark is grey to dark grey, smooth, uneven and does not peel off. The main stem is usually short, forming branches low down and bearing numerous unbranched fruiting spurs.

The branches are slightly flaking and hairless. The fruits are 40 mm, hairless, and dark purple with yellow-green dots when ripe, and are borne singly or up to four in a cluster. The fruits are edible but unpleasant.

African Safari Lodge provides an opportunity for guests to engage in conservation as a family or group. There are several invasive species on the property which requires eradication. An activity can be pre-booked to spend a morning to understand and remove some of these invasive species such as black wattle, prickly pear, jointed cactus etc.

In the afternoon the family or group can then assist in the eradication process by planting ‘good’ trees such as spekboom, olive trees, plum trees, wild fig, etc. This will provide the family or group with valuable information on the eradication process in the area and give them an opportunity to make a difference in the eco system through the planting of the good, indigenous species.

Every tree planted by a family will be a recognised family donation and retain a unique place with associated GPS points in the Family Tree Book of Record. Future visits will include the viewing of the growth of the tree.