The Eastern Cape is one of the best kept secrets in South African Tourism, boasting vast Karoo plains, beautiful mountain vistas and grasslands, mountain forests, sparkling mountain streams, coastal dune forests, river valley bushveld, fynbos and acacia and spekboom thickets. It also has estuaries that can be explored by boat, the Bushman’s River is the second longest tidal river in South Africa, surpassed only by the Breede River of the Western Cape. The Indian Ocean is also to be explored by boat with great fishing and with regular sightings of whales, dolphins, seals and penguins. The Eastern Cape also boasts the biggest coastal sand dune formations within the borders of South Africa and beautiful unspoilt beaches where one can walk, fish and dive and out of season one can be the only person on the beach.

This area has a wealth of beautiful natural areas, with a rich diversity of flora, fauna and landscapes. Some of the areas include proclaimed provincial nature reserves, marine reserves, and coastal islands; while others are referred to as conservancies or conservation or wilderness areas. The Eastern Cape is home to the Addo National Elephant Park, various other National Parks and numerous internationally known Big5 Private Game Reserves, as well as privately owned game farms.

The Eastern Cape is on the watershed of the winter and summer rainfall areas of South Africa which makes it unique from a rainfall perspective. In an average year the area can get either winter or summer rainfall. In a good year it can get both winter and summer rainfall and in a bad year it can get neither. The erratic nature of the rainfall pattern results in the great ecological diversity of the Eastern Cape. It is listed globally as a biodiversity hotspot because of the great variety of plant species and habitat, which give rise to the great diversity of animal species.

The Biomes are as follows:

At least four major vegetation Biome types are represented where African Safari Lodge is situated in the Eastern Cape.

Some Of The Wildlife You Can Witness 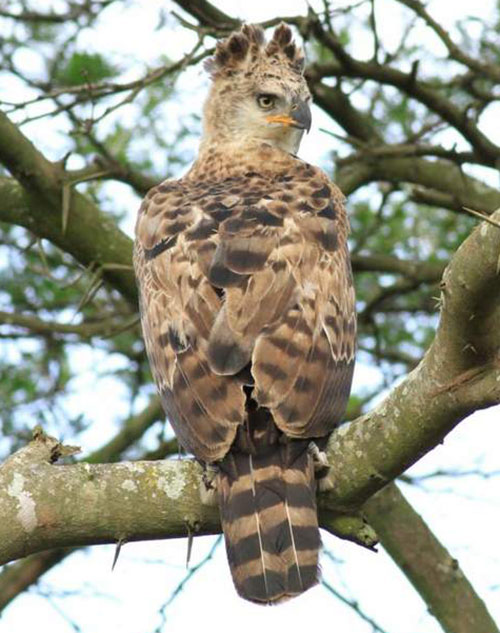 African Safari Lodge boasts magnificent views of beautiful Yellowwood trees supporting large Crowned Eagle and Hamerkop nests. The nest has been occupied for 20 years. During October, November and December the nest provides views of parent birds feeding one or two fluffy white chicks. Guests have the possibility of seeing a Fish Eagle diving and lifting prey from the water, while they relax and enjoy refreshments from the porch at African Safari Lodge.

River bird species can be observed along the river bank and include a variety of Kingfisher such as the Giant Kingfisher, Pied Kingfisher, the Malachite Kingfisher, Three-banded Lapwings, African Darters, the occasional Spoonbill, African Shelduck and the strange looking Hamerkop and the rest of the range of waterfowl that frequent the Eastern Cape.

The dam and river often has good numbers of duck and other water birds. African Snipe and Baillon’s Crake have been seen. Barn Owl have roosted here, and Cape Rock-Thrush and Mocking Cliff-Chat may perch on branches. African Pied Wagtail are regular along the river, as are African Black Duck; African Finfoot also occur, but are more likely to be seen on quieter reaches.

Spectacled Weaver and Golden-breasted Bunting. Among the summer migrants, Ruff (on the dams), Jacobin Cuckoo and Diderick Cuckoo, Pearl-breasted Swallow, Willow Warbler, African Paradise-Flycatcher and Red-backed Shrike are often conspicuous. Red-billed Oxpecker have been reintroduced, and may be sighted on kudu or eland (the buffalo are primarily nocturnal in this reserve).

In well-wooded kloofs there are Knysna Turaco, Olive Woodpecker, Olive Bush-Shrike, and Dark-backed Weaver. At night the black-backed jackal provide an attactive serenace and the African Scops-Owl is heard regularly, whilst the Fiery-necked Nightjar are sometimes common on the dirt roads.

Night drives can be arranged. 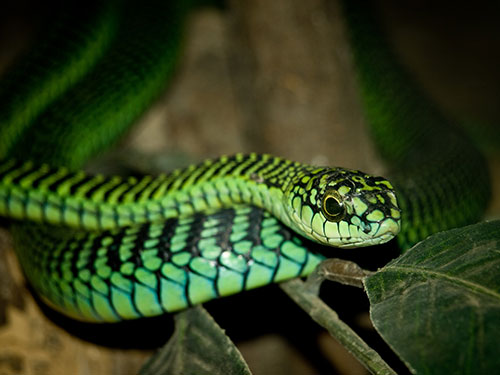 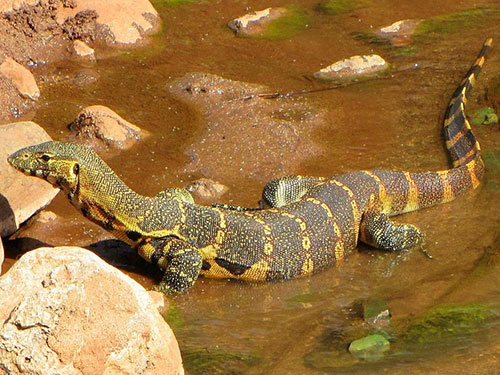 The Eastern Cape has a diverse representation of snakes, reptiles and amphibians. It includes representatives of nearly all families found in Southern Africa. However, within historical times, the crocodile, with the exception of a few crocodile farms, has been lost to the Eastern Cape. The most iconic snakes found in the Eastern Cape are the following: Puff Adder, Cape Cobra, Spitting Cobra or Rinkals, Boomslag and Night Adder along with numerous other lessor species. The African Rock Python is a constrictor and the other mentioned species are all highly venomous with the Puff Adder being the most dangerous, because of its camouflage and disposition.

Humans have a bibilical fear of the serpent, but they are generally shy creatures that avoid humans and they are to be respected as beautiful, fascinating creatures who have an essential role to play in the balance of mother nature. Few of the Eastern Cape reptiles and amphibians are endangered. All occur within local nature reserves, conservancies and game farms. 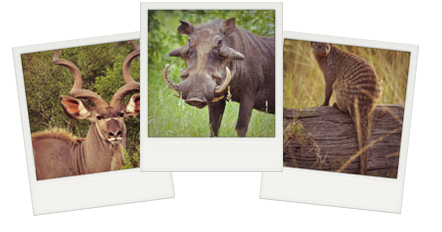 The small mammals we encounter are Springhares, Scrub Hares, Porcupines, Vervet Montkeys, Mongoose, Dassies, Genets, Cane Rats. All the different species of Rat Mouse, Shrew, Mole and Bat can be seen in the reserve.